Top Fashion Magazines In The World – Glamza.com
Skip to content 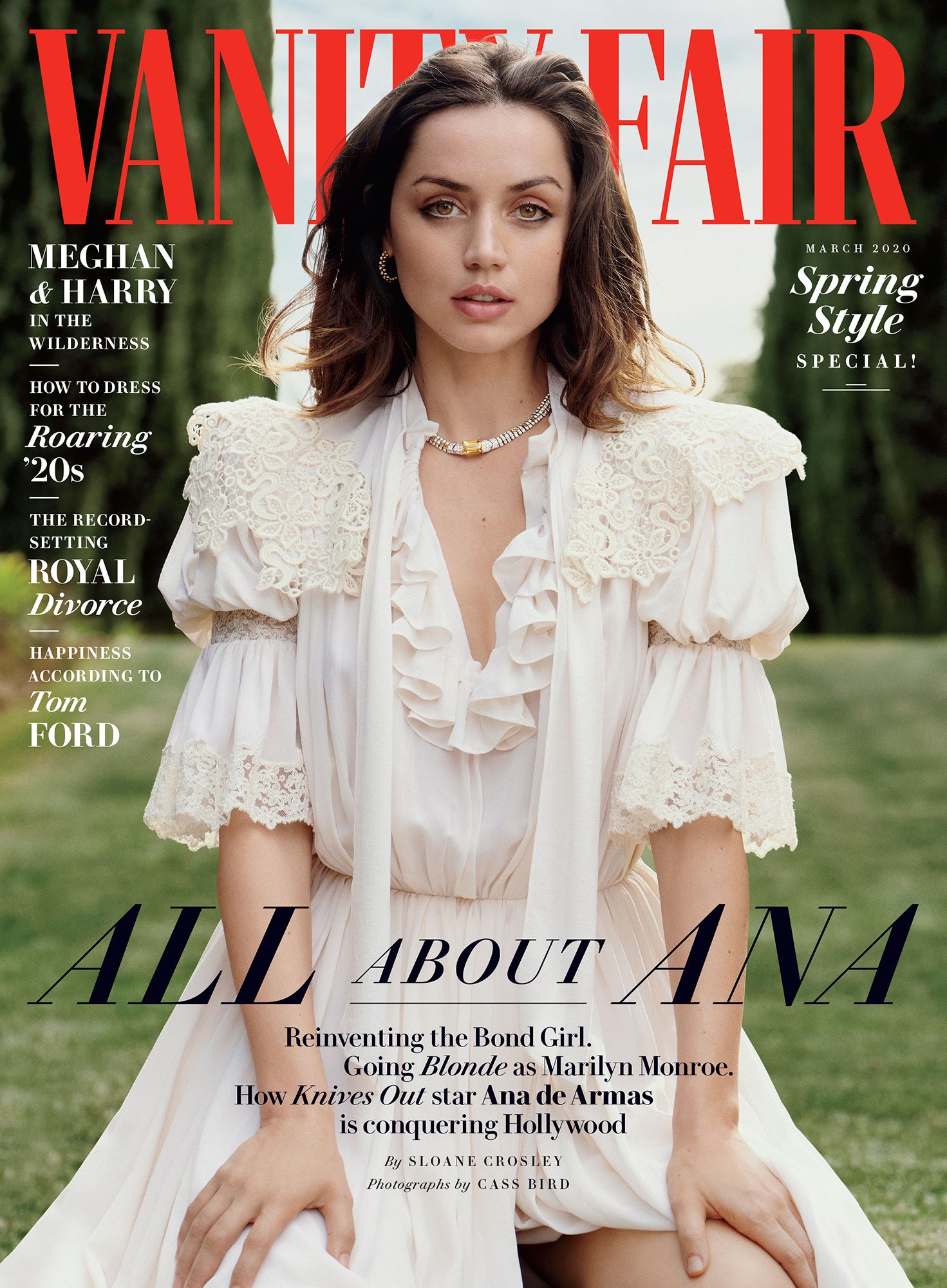 No digital practice can ever replace the pleasure that laying down and reading a magazine provides. Magazines are one of the few things that are everlasting. When it comes to fashion or relationship advice, many of us turn to the glossy pages, not to mention to stay in the swing of celebrity dramas. While plenty of magazines are coming to age and making debuts, there are some classics that cannot have their throne taken. We have collected a list of all the leading magazines. Take a peak!

Perhaps the most famous fashion magazine in the world falls to the top of our list. Vogue was initially published in 1892 as a weekly print that slowly developed into a fashion magazine. Conde Nast Publishers took over the newspaper in 1909, who steered the focus towards women. It started growing, and even though it is unisexual, it covers a great deal of columns for women. Vogue had a turnaround story of its own when Anna Wintour took it over. Currently, Vogue has 11 million subscribers that stretch across 23 different countries. Vogue continuously mandates the fashion world’s trends.

Our next magazine, Elle, was first started in 1945. This magazine’s attention is on women’s fashion. The word Elle translates to “she” in French. ‘If she reads, she reads Elle’ is the slogan the magazine developed a few years into publishing, which slowly snowballed into the magazine we all have come to know- and love. While Elle was established in America, the magazine is now published in 44 countries, exciting women with its focus on fashion all over the globe.

Harper’s Bazaar, was first published 1862, this makes it the first American fashion magazine that is directed towards the upper middle class. The content is directed towards such audience through its elegant, factual, and intriguing content. Harper’s Bazaar features fashion forward information in both the comfort and style departments. The magazine’s content is always exciting to its readers. After transitioning from weekly to monthly publishing, Harper’s Bazaar has also expanded to digital platforms, such as blogging. The magazine is now published in 32 countries around the globe and has its headquarters in New York.

Cosmopolitan, commonly referred to as ’Cosmo’, stands by its name by providing women based content all-over. Publishing in 35 countries, with a total of 64 international editions and publishing in 110 languages, Cosmo is truly universal. Cosmo began as a family oriented magazine in 1886, however developed into the lifestyle magazine it is today by the 1960s. Helen Gurley gave Cosmo a full revamp when she took it over in 1965. Her taboo topics such as relationships, sex, feminism and fashion broke all the rules. The magazine soon had the theme ‘Fun Fearless Feminism’. The brand’s popularity increased rapidly and racks were quickly bare. Even now, Cosmo leads the pack.

Business of Fashion is a fresh magazine that is still coming-of-age, established in 2007 by Imran Amed. This new kid on the block spread like wildfire- earning loyalty and subscriptions from teens, stylists, young adults, and anyone else who has a passion for fashion. BoF is authoritative and keeps its content the same, even having an agenda with the rightful name ‘The Economist of Fashion.’ Getting your hands on BoF is an absolute must if your passion lies with the inside stories of fashion trends, patterns and anything of the like!

Founded in 1972, W is an American based magazine best known for its raw content on many subjects, including celebrity news, the fashion world, and culture. W is another magazine that grew big when it was taken over by Conde Nast publishers in 2000. It is currently lead by Stefano Tonchi. The main pull towards this magazine is that it opens conversation to many topics that other magazines keep closed. The magazine owes much of its success to this, as well; its openness has also saved it from backlash many times in the past.

Not only do women turn to Instyle when it comes to staying in the know of the fashion world, but anyone of any gender with an interest in lifestyle and fashion. Unlike most magazines, Instyle is known for its blog just as much as its physical prints. Ariel Foxman, who has been working for Instyle for 25 years, was the head of content until Laura Brown took over the position a few years ago. Instyle is distributed internationally, as well as located in 16 different countries across the globe. You can feel confident turning to Instyle for anything, from lifestyle advice to celebrity makeup tips!

Allure is a magazine based in the United States that has a specialty for beauty and health. This editorial is one that most are familiar with, especially if they often browse the racks of prints. Founded by Linda Wells in 1991, Allure experienced a redesign in many areas to create vital changes within their marketing. Allure has about 5 million subscribers and 8 million online viewers. Allure certainly has a certain skill for alluring customers!

Founded in 1998, by Elisabeth Dijan, with the goal to create content that reached and connected with intelligent women, Numéro has many subjects the succeed at bringing brains back into femine culture. With topics including design, music, and art, on top of the expected fashion and lifestyle, Numéro remains one of the most influential magazines there are.

Founded by Cecilia Dean, V started in 1998 by publishing lifestyle and fashion content as a limited edition magazine. Its quarterly publications cover the ever changing trends in many pop culture topics. Artists, fashionistas, and creative visionaries are all encouraged by Stephen Gan, who’s known as a Creative Visionary, to come forward and share their visions, which would otherwise go unheard. V’s quest for uniqueness is going strong with 3 million subscribers- and it’s still growing.

One of Italy’s top fashion magazines, Grazia, was founded in 1938. Grazia has a unique ability to blend both the fashion and lifestyle aspect of its content with current affairs and news. Both the digital community and physical readers appreciate the sophisticated blend, with the magazine’s 20 editions spread across 5 continents, Grazia, has a total of roughly 35 million readers. The unpredictability that Grazia brings to the table continuously leaves the magazine community in awe.

Fashion industry legend, Evelyn Prouvost originally published Marie Claire in 1937 to explore and utilize her excitement and curiosity for culture and lifestyle. Her first edition sold over half a million copies, meaning her idea clearly hit it off right away; her second edition was even more popular, doubling in sales. While the magazine did talk about fashion, beauty, trends, and the like, it was also a very important voice for women, made even more important with the tension and uncertainty brought on by World War II. It’s collaboration between journalism and fashion had the public’s attention. Now in 35 countries and 24 languages, Marie Claire’s popularity has only grown.

Vanity Fair is another popular magazine that falls under the Conde Nast’s umbrella! When it was first published in 1913, it ran for 20 years, until 1936, and was brought back to life in 1983, after Conde Nast took over. Vanity Fair has taken tiny boasts from the guidance, and in some cases the leadership, of celebrities, this time, helping the magazine thrive. Vanity Fair is a beloved print by all, both the experts, and people at home.

Are physical copies a must for you, when it comes to reading, or are you content with an electronic version? Is there any magazine you adore to no end? Do you prefer to sit out at a cafe with your magazine or read in the comfort of your home? Tell us all about your love for magazines in the comments bellow.