How to Date Someone From the Midwest – Glamza.com
Skip to content 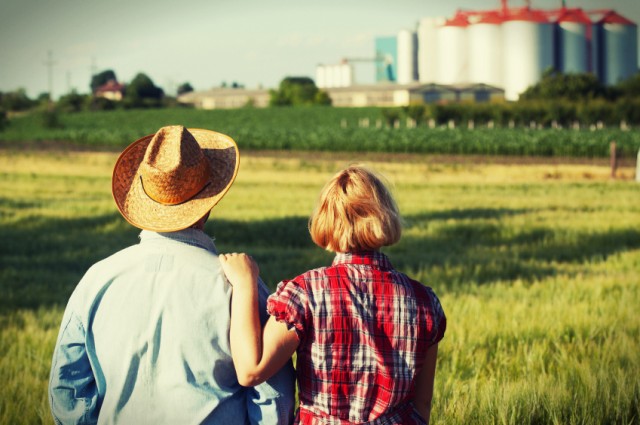 Last August, I relocated to a small town outside of Lincoln, Nebraska for my first post-college job: a reporter at a small-town community newspaper. I moved my entire life nearly 1,800 miles away from my hometown on the Jersey Shore. In college, I was only a two-hour train commute from Manhattan. Until last summer, I was surrounded by overpopulated suburbs and metropolitan neighborhoods. My new home had a population less than 2,000 and was considered one of Nebraska’s “most rapidly growing small towns,” whatever that meant. After spending my last semester abroad in South India, I was in store for some unanticipated culture shock in my own native country.

I suddenly became “the girl from New Jersey” to this tightly-knit, rural community. People invited me to church and started drilling me with questions about my life, ones I wasn’t sure how to answer. “Why did you come here?” I’d left my hometown not only to experience a new life, but to escape what reminded me of my childhood. Before relocating, I was living out of my best friend’s basement and substitute teaching until the end of the school year before accepting this new job.

I spent my first night in my new co-worker’s apartment in Lincoln. It felt weird to be sleeping on an air mattress in (practically) a stranger’s home. Before drifting off to sleep that night, I messaged an old friend from Iowa. We met at a College Democrats conference in Chicago four years prior, and I recalled he attended school in Missouri. I had so many questions about adapting to this new landscape. How did he deal with it as a college graduate? As a Millennial? As a Liberal?

Luckily, he was glad I reached out to him for advice. He was shocked to learn I’d moved to the Midwest, when he wanted to move away from it. I’ve come to learn that’s the universal mindset of most twenty-somethings pretty much anywhere you go. Fortunately, he was more than receptive to answering my questions. Soon enough, I looked forward to messaging him on Facebook every night after work. Outside of work, I didn’t know anyone I could relate to, but I could connect with an old friend online at my convenience.

Two weeks later, we met up for coffee in the Haymarket district, Lincoln’s historic downtown. I was so nervous about seeing him. After a three-hour-long conversation, I drove him to his friend’s apartment. “Do you come from a city?” He asked. I glanced over and he gripped onto his seat. My face turned rose. I guess I already scared him with my New Jersey driving.

After everything, I wasn’t sure if he even liked me at all, even as a friend. Did his perception of me change? I felt anxious as if he saw me as this East Coast liberal that’s used to expressing herself: uncensored, unapologetically. By that point, I already figured out that was not the role for women in the countryside. I didn’t want to appear ignorant towards issues that affect the Midwest, nor did I want to come off as an elitist that didn’t care to learn about the surrounding region.

Fast forward a little bit, we’ve been dating for seven months now, so I’ve done something right. (Also, I moved to the biggest city in Nebraska, so I’m no longer in a small town and I’m a two hour drive from my partner’s house.) Although it’s not my first serious relationship, it’s the first I’ve felt challenged in. Being from different parts of the country, even with similar political leanings, we clash.

When I first visited him in rural Iowa, I experienced culture shock all over again, just like my first time in a small town outside of Lincoln. His town, as of the 2010 Census, has a population of 909. Everyone knows each other, if not personally, than in passing. They immediately know I’m not from the area, because they don’t recognize me, if they don’t already know I’m dating my partner.

We have slightly different regional dialects. What I call “dinner” and “soda,” he calls “supper” and “pop.” He’s a gun owner, and being around guns makes me uncomfortable (luckily, we’re able to find a middle ground on things like gun control). Growing up, I was right by the ocean, his family went to lakes for day-trips.

My partner censors his political beliefs around nearly everyone, including close family and sometimes friends. Before the Iowa caucuses, it wasn’t unusual to run into someone coming back from a Donald Trump rally. In the Northeast, I rarely refrained from speaking my mind politically. I was not only active, but recognized in local Democratic politics. I worked for campaigns every election season, volunteered for phone banks, interned for a State Senator, petitioned for candidates, wrote editorials in favor of progressive issues for the student newspaper, and even served as President of my campus’ College Democrats chapter. My identity as a liberal never escaped me. For my partner, it’s constantly being silenced and hidden.

Back in October, I attended a wine festival not far from my partner’s house. In that town, there this antique museum owned by a local. The exhibits are known to be comprehensive and cluttered throughout this restored barn. While there were plenty of taxidermy animals and guns to go around, there was an unsettling amount of “heritage, not hate” Confederate flag bumper stickers. There was literally an exhibit with a full-blown KKK robe, complete with some history about chapters in the surrounding area. On my way out, I found a flyer recruiting “those to protect our Aryan heritage.” Needless to say, I felt extremely uncomfortable.

We’re conscious and aware of what separates us, and in an unlikely way, knowing that brings us together. I stay level-headed and open-minded to new things. For instance, I hesitated from visiting the highest mountain in Iowa because of my fear of heights. Luckily, the prairie isn’t mountainous, so it turned out to be a dainty hill. Although we clash more often than not, our commitment to each other exceeds these differences. We acknowledge that not every two people would want to endure on this type of challenge.