Having Sex Makes You Live Longer – Glamza.com
Skip to content 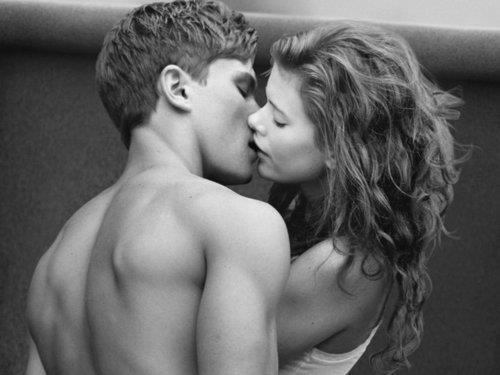 Sex goes well beyond procreation and pleasure. Despite its taboo subject status it’s actually extremely beneficial for your health. It prolongs life, helps you sleep well, relieves stress and improves intimate relationships among other things.

Here are 8 reasons you should have sex more often:

Regular sexual intercourse has been linked with higher levels of an antibody called immunoglobulin which protects against colds and other infections. So it can be concluded that sex actually helps you live longer. During orgasm, we release dehydroepiandrosterone. This hormone increases immunity and helps repair tissue and keeps skin healthy. Way to glow.

Regular sex will reduce your waistline. A mere thirty minutes of sex burns 85 calories or more – the more vigorous, the more calories burned. Although that does not sound like much, it does add up. : 41 of those half hour sessions will burn enough calories to make you lose a pound.  3480 calories to be exact!

Studies show that men who have sex two or more times a week, were half as likely to get a heart attack as men who had sex less than once a month. So gentlemen, having at least two orgasms a week helps you outlive your counterparts who do it just once every few weeks. Keep your quota up.

Lovemaking and orgasms boosts our levels of oxytocin, a.k.a the “love hormone”, which helps people bond and build trust. Tantric sex anyone?

In fact, ladies, those who have more physical contact with their significant other have higher levels of the love hormone (oxytocin). Higher oxytocin levels have also been linked to feeling generous. So get close, it might make you feel more generous toward your partner.

Oxytocin is also known to boosts the body’s natural painkillers, commonly known as endorphins. One particular study showed that people who inhaled oxytocin vapor after having their finger pricked cut their pain threshold by more than half. Headache and even PMS symptoms may improve after sex after so don’t let that time of the month deter you from it. What headache?

The oxytocin released during orgasm also helps with sleep. Now you know why guys can be so into it one minute and snoring immediately after sex. Sleep has also been linked to health benefits, such as a healthy blood pressure and weight management. Get it on and get your zzzzs!

To do a basic Kegel exercise, try to stop the flow of urine by tightening the muscles of your pelvic floor. Count to three and release. Repeat 5 – 10 times. Hello O….