Couture Fashion of the World – Glamza.com
Skip to content 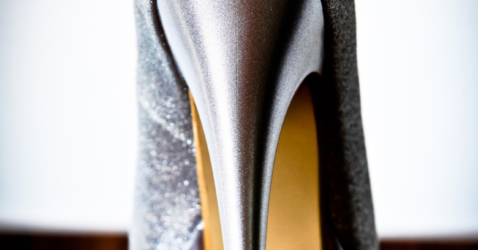 It is high end fashion that is exclusive, custom made clothing. The word couture is derived from a French word that means “high sewing,” and “high fashion.” Couture fashion that is. Couture fashion all started from a known fashion designer as known as Charles Frederick Worth who owned House of Worth and who founded Haute Couture. Charles Frederick Worth led to many businesses that grew, which are popular today such as Dior, Chanel, and Versace. Just to name a few. Worth was so technical about fashion and very talented that he was a pioneer of fashion that dominated the trend of fashion. He was the first to know what every client preference that she ever desired and created clothing just right for the client back in the 19th century when he was the first to design custom made clothing especially dresses. Also, he promoted his brand to hire models to showcase his designs. Worth being well known by designing flamboyant, dresses he was known as the first couturier at the Metropolitan Museum of Art. No, this is not Juicy Couture. Worth’s designs are not like that. He started with being a designer when he first opened his women’s department at Gagelin. Everyone stated that he had simple designs showcased there. To keep his clients he tailored his dresses. So, Worth was praised for tailoring and became a professional. He had award winning designs like a white, silk, court train, embroidered in gold. He created a “ball dress” designed at Princess of France. Worth’s specialty is to design evening gowns, court dresses, masquerade costumes, and wedding dresses.

J. Lo had on a couture dress designed by Zuhair Murad. She got in touch with her favorite designer Zuhair Murad, which he was preferred based on his previous designs that were live. J. Lo was raved at the Metropolitan Museum of Art’s Institute in New York where she had to attend an annual fundraising gala benefit. Zuhair Murad’s design had great use of blues and soft colors that are great for the summer. He captured fantasy, marine life, and a twist of modern. He uses eye-catching colors to expand and display a great use of ruffles in the right places.

At 2019 Couture Fashion Week, Givenchy designed coat dresses with a modern twist to balance out the chic. He uses so much of elegance for a woman to wear when designing with a use of feathers and glamorous touch of style. Chanel had featured at Fashion Week. Chanel love to design with the use of chiffon and bows. Adding femininity with pearl accents or sometimes adding sparkle. Chanel’s suit skirts and pantsuits are for turning a major classic to some feminism and sexiness. Couture fashion had dominated the world.